We have our LGBT History Month Tree up here in the Peccadillo office (it may or may not be the Attitude ‘Naked Issue’), and we thought we’d do a series of blog posts throughout the month on LGBT history. Today: LGBT rights around the world.
Gay people on film gets more and more mainstream every year – THE IMITATION GAME, PRIDE, DALLAS BUYERS CLUB – these are massive, blockbuster, Oscar nom’d films – but they’re all Western, British or American, in English. I mean, no-one’s expecting a big gay Russian LEVIATHAN, but it’s sad, no, that a big gay Russian LEVIATHAN would, most likely, not get made? At least not right now. (The closest Peccadillo gets to this is our 2013 Polish drama IN THE NAME OF – a moving and controversial film designated ‘A genuine breakthrough’ by Sight and Sound.)

IN THE NAME OF: Polish men get biblical in the water.

Gay icon Hillary Clinton is good on this: ‘Gay people are born into, and belong to, every society in the world. They are all ages, all races, all faiths. They are doctors and teachers, farmers and bankers, soldiers and athletes. And whether we know it or whether we acknowledge it, they are our family, our friends, and our neighbours. Being gay is not a Western invention. It is a human reality.’ 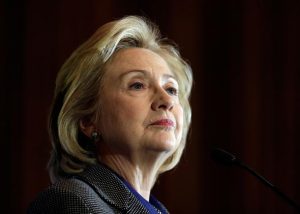 HILLARY CLINTON: The definition of sass.

So let’s take a whistle-stop tour through some of our favourite LGBT titles not in the English language. This week we’re celebrating the UK release of Brazilian film THE WAY HE LOOKS on DVD and Blu-ray, a sweet, funny and charming film about a blind teenager wondering who he’ll give his first kiss to, his best friend Giovana or handsome newcomer Gabriel. Brazil, with its yellows, lush greens and blues, looks phenomenal on film, and we whole-heartedly champion director Daniel Ribeiro on to his second feature film!

THE WAY HE LOOKS: The heat is all well and good until you forget sunscreen.

Also from South America is Lucia Puenzo’s (WAKOLDA, THE FISH CHILD) first feature film – XXY. After winning the Critics’ Week Grand Prize in 2007, the film disarmed audiences around the world with its unflinching portrayal of the life of an intersex teenager (played by the outstanding Ines Efron) living in Uruguay.

XXY: I would write a joke here but this is a genuinely upsetting scene. The bully is skinny.

One of our most remarkable films is Ligy J Pullappally’s drama THE JOURNEY, which tells the story of two beautiful young women who fall in love in an idyllic, though traditional, Indian community. LGBT rights in India are pretty poor, with the Supreme Court reinstating an upheld ban on gay sex in December 2013. One step forward, two steps back. LGBT activism in India remains, however, undimmed, and THE JOURNEY remains a powerful and poignant riposte to the December 2013 ruling.

THE JOURNEY: Splashy fun and games until the chafing kicks in…

Finishing today’s post (but throwing us forward into next week’s ACTIVISM! post) is CIRCUMSTANCE – one of the bravest titles in the Peccadillo collection. Telling the story of two girls navigating the underground club scene of Iran, as well as the extremely repressive restrictions placed on Iranian women above ground. Based on director Maryam Keshavarz’s own experiences of persecution, the film is nevertheless a subtle and intimate look at the burgeoning sexuality of two young women in a dangerous, stifling world.

CIRCUMSTANCE: If you have a sexual reaction to heat, Iran is a great place to live.

The writers, directors, producers and actors behind these films are exceptionally brave people, and here at Peccadillo we feel very lucky to have had the opportunity to work with them, and continue to work with them. Each film demonstrates how essential it is to see LGBT History month as a global, rather than national, event. Stay tuned for more posts throughout the month on LGBT history. Next time: ACTIVISM! The dramas and documentaries that really inspired, or reflect, change.