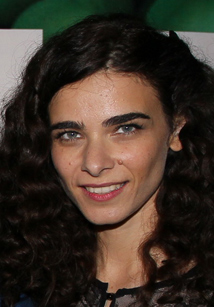 Born in 1983, Liron is an Israeli stage and screen actress. Since her graduation from Nissan Nattiv acting studio in Tel-Aviv, she was nominated best actress for her leading role in the film MAYA by Michal Bat-Adam (2010), and participated in numerous TV productions, theatre plays and short films. In 2009 she received a script development grant from the International Women Film Festival, Rehovot, for the Synopsis for Next To Her, her first feature film as a scriptwriter.