Embrace of the Serpent

Out Now on DVD, Bluray and On Demand. At once blistering and poetic, the ravages of colonialism cast a dark shadow over the South American landscape in EMBRACE OF THE SERPENT.

Watch on Peccadillo POD
Buy on DVD
Buy on Blu-ray 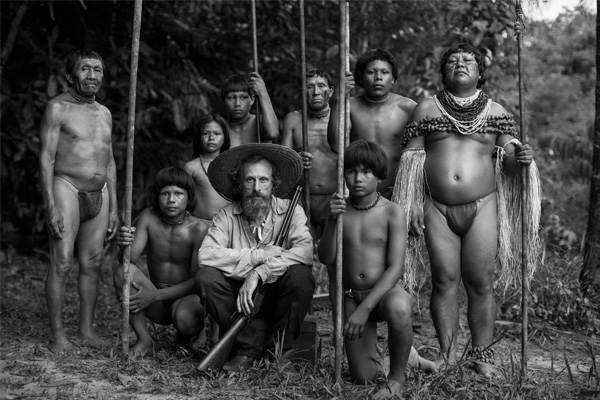 “Before he can become a warrior a man has to leave everything behind and go into the jungle guided only by his dreams. In that journey he has to discover completely alone, who he really is. Some get lost and never come back”

Karamakate, a warrior shaman and last of his tribe, transcends the worlds of men and seeks truth through their dreams. He alone knows how to find the mysterious and psychedelic Yakruna plant; for some it has life-saving properties, for others it is a commodity waiting to be exploited. Two scientists, in two different times with very different agendas enlist Karamakate on their individual quests in an epic adventure into the heart of the Colombian Amazon to find this mythical plant.

This Oscar nominated film is seen through Karamakate’s eyes and bears witness to the effects of colonialism, religion and the exploitation of rubber, that affect indigenous traditions and the environment to which they are inextricably linked.

“The film is inspired by the travel diaries of Theodor Koch Grunberg (1879–1924) and Richard Evans Schultes (1915-2001). These diaries are the only known accounts of many Amazonian cultures. This film is dedicated to all the peoples whose song we will never know.” Ciro Guerra (Director EMBRACE OF THE SERPENT)

Whenever I looked at a map of my country,
I was overwhelmed by great uncertainty.
Half of it was an unknown territory, a green sea, of which I knew nothing.
The Amazon, that unfathomable land, which we foolishly reduce to simple concepts. Coke,
drugs, Indians, rivers, war.
Is there really nothing more out there?
Is there not a culture, a history?
Is there not a soul that transcends?
The explorers taught me otherwise.
Those men who left everything, who risked everything, to tell us about a world we could not imagine.
Those who made first contact,
During one of the most vicious
holocausts man has ever seen.
Can man, through science and art, transcend brutality? Some men did.
The explorers have told their story.
The natives haven’t.
This is it.
A land the size of a whole continent, yet untold. Unseen by our own cinema.
That Amazon is lost now.
In the cinema, it can live again.
—CIRO GUERRA 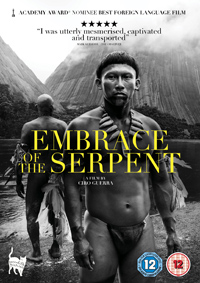