BUDDIES a Film by Arthur J. Bressan
Digitally restored and available on demand for the first time, Buddies was the first feature-length drama about AIDS when it was released in 1985.

When 25 year-old David volunteers to be a “buddy” to an AIDS patient, the gay community centre assigns him to Robert, a 32 year-old politically impassioned gay California gardener abandoned by his friends and lovers. Revolving around the confines of Robert’s Manhattan hospital room, Director Arthur J. Bressan skilfully unfolds this devastating two-hander. As David gazes out at the piers and rooftops of Manhattan, we hear his deftly scripted diary entries in voiceover. And as David is changed by knowing Robert, so too are we. In the simplicity of the story and the elegance of its unfolding, Buddies achieves a rare perfection. It’s a timeless portrayal of an entire era in gay history. 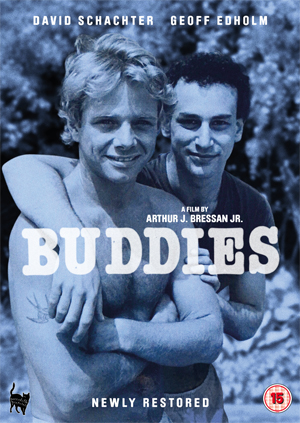