The Making of a Gay and Lesbian Community.

On June 27, 1969, police raided The Stonewall Inn, a gay bar in New York. In a spontaneous show of support and frustration, the city’s gay community rioted for three nights in the streets, an event that is considered the birth of the modern Gay Rights Movement. Revealing and often humorous, the award winning Before Stonewall exposes the fascinating and unforgettable decade-by-decade history of homosexuality in America, from 1920’s Harlem through to World War II and the witch hunt trials of the McCarthy era. Before Stonewall is essential viewing for all those who have celebrated their sexuality, or have been persecuted because of it. 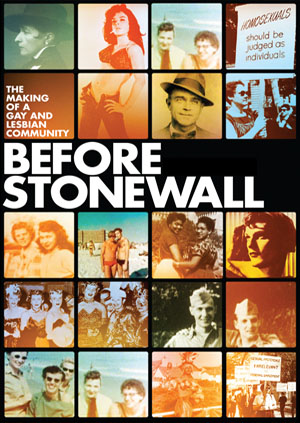