Next week is going to be an exciting and busy time for the Peccadillo team. We will be celebrating the launch of POUT Fest 2016 with Holding the Man at Picturehouse Central on May 18th so come on down and join us for some excitement.

Following on from the fantastic success of POUT 2015, we are bringing you all an opportunity to experience another POUT with all new titles and events ready to take up your calendar.  POUT Fest 2016 aims to promote LGBT cinema with a variety of short films and feature length films that can inspire, move and emancipate the audience. To know more, read on at your leisure. 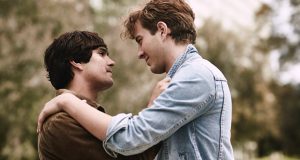 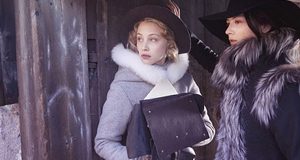 Holding the Man perfectly encapsulates what POUT Fest 2016 aims to achieve; it’s daring, entertaining, touching and makes one proud to be who they are. POUT Fest 2016 will also see the launch of The Girl King, a historical film that covers the reign of the first native, female sovereign of Sweden as she is thrust into an all-male court that has no tolerance for her awakening sexuality. Enchanting visuals and intrigue map the film throughout. Girls Lost is another fantastic addition to the line-up. The hypnotic film follows three girls who discover a curious plant that has a rare magical ability; transforming the three girls into boys. As their genders change, so does the world around them leaving their responses to this change profound. We are also honoured to be showing the classic film, My Beautiful Laundrette, starring Academy Award winner Daniel Day-Lewis and Gordon Warnecke. The film is a classic example of identity and inexorable love. For some laughter and fun we also have the cult film Codependent Lesbian Space Alien Seeks Same gracing the POUT screens with its witty and humorous tale of romantic emotions. For all you documentary lovers we have the privilege of showing Limited Partnership, which tells the inspiring story of the first same-sex couple in the world to be legally married; taking on the US government in court to prove the legitimacy of their affection for one another. 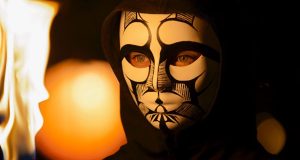 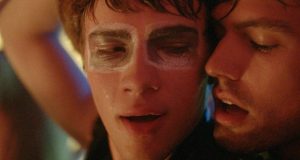 On May 20th Peccadillo will also be celebrating the release of Departure, a British drama starring the talents of Juliet Stevenson (Bend it like Beckham and Truly, Madly, Deeply) and Alex Lawther (The Imitation Game). The stunning debut from Andrew Steggall confronts the issues of family, first love and the dawning of one’s sexuality. With impressive visuals and an incredible cast, this is one film that will arouse the senses of the audience and anyone who has dealt with the issues presented. Get on down to the cinema to show your support for this years’ most incredible debut!

For more on POUT visit poutfest.co.uk