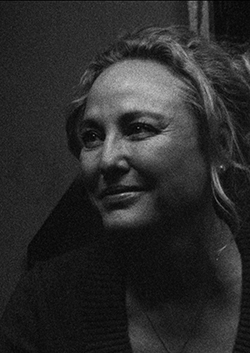 Virginia Madsen (‘Eileen’ in 1985) received Academy Award and Golden Globe nominations for her performance as ‘Maya’ in Alexander Payne’s hit film Sideways, as well as winning Best Supporting Actress prizes from the Independent Spirit Awards, National Society of Film Critics, New York Film Critics Circle, and Los Angeles Film Critics Association. In 2015, Virginia appeared alongside Jennifer Lawrence, Robert De Niro and Bradley Cooper in Joy, directed by David O. Russell. Prior to that, she starred in Kenny Ortega’s A Change of Heart, the Rob Reiner-directed film The Magic of Belle Isle opposite Morgan Freeman, as well as in the independent feature The Hot Flashes with Brooke Shields, Daryl Hannah, and Wanda Sykes. In 2011, she costarred in Red Riding Hood with Amanda Seyfried, Gary Oldman and Julie Christie. She also starred in the 2011 Lionsgate thriller The Haunting in Connecticut.

Her other films include the action thriller Firewell opposite Harrison Ford, The Number 23 with Jim Carrey, The Astronaut Farmer starring Billy Bob Thornton, and Robert Altman’s final film A Prairie Home Companion alongside Meryl Streep, Kevin Kline, and Lily Tomlin. Virginia also starred in Francis Ford Coppola’s The Rainmaker with Matt Damon, the cult classic Candyman with Kasi Lemmons, The Hot Spot directed by Dennis Hopper, HBO’s first feature Long Gone, the independent feature Almost Salinas opposite John Mahoney, American Gun with James Coburn, and David Lynch’s Dune. On the TV side, Virginia recently completed filming the EPIX miniseries The Truth About the Harry Quebert Affair opposite Patrick Dempsey. She also starred in season one of the CBS drama American Gothic, the Lifetime series Witches of East End, and recurred on CBS’s Elementary and the ABC drama Designated Survivor. She previously starred in the Lifetime Television feature Anna Nicole, AMC’s Hell on Wheels and ABC’s Scoundrels. She appeared on USA’s final season of Monk alongside Tony Shalhoub, and on Frasier in a recurring role as promotional manager Cassandra Stone.